Wednesday, April 28, 2021 – WASHINGTON, D.C.  “As Ghanaians and descendants of Ghanaian heritage, we are proud to be the connected to the first Sub-Saharan African nation to declare its independence from British colonial rule. The democratic tradition the binds our two nations is a sacred cornerstone in the advancement of equality, fairness, and justice for all.

In any representative democracy, voting is a foundational bedrock that a society provides to its citizens. It is an opportunity for individuals – regardless of their race, ethnicity, religion, class, gender, sexual orientation, or station in life – to have a voice in the selection of public servants. As an organization, Ghana PAC advocates for increasing accessibility for individuals who wish to be engaged in the electoral process.

That is why we are utterly disappointed by the passage of Georgia Senate Bill 202.  As we work to remove barriers and expand access for marginalized communities in the voting process, we view the Georgia bill is overly restrictive in nature, and anathema to the democratic tradition of this country. The new Georgia voting bill limits the time to request absentee ballots, eliminates mobile voting centers, limits the extension of voting hours, creates stricter Voter ID laws, and criminalizes the distribution of food and water to those waiting in lines to vote.

It is abundantly clear which communities this new law attempts to target and ultimately disenfranchise.

Though we are frustrated with the passage and implementation of these new voter laws, we will not be discouraged or thwarted in our attempts to increase civic engagement of citizens who have the constitutional right to fully participate in American democracy – including those with roots in the African diaspora.  We will continue our work with stakeholders to advocate for broader access to voting and support federal legislation that combats voter suppression by enshrining voting rights and expanded voter access.”

Here are the most significant changes to voting in the state, as written into the new law: 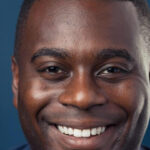