For the first time, African immigrants and those of African heritage living in the United States will be allowed to identify their country of heritage or origin in the United States 2020 Census survey. The U.S. Census determines where $675 billion in federal funding used for critical services such as Medicare, Medicaid, public transit, roads, and school systems should go. The Black immigrant community has historically been undercounted and hence receives a smaller share of resources they pay for with taxes. Currently, there is no official count of the number of Ghanaians and people of Ghanaian heritage are living in the United States despite the fact that there is a large Ghanaian community in the country dating back to the 1950s.

Many Ghanaian immigrants in the U.S. are fearful that completing the U.S. Census form will violate privacy or result in punitive actions based on citizenship status. However, due to actions by the U.S. Supreme Court there is no “citizenship” question on the U.S. Census and the information collected is 100% confidential. In addition, this year the 2020 U.S. Census includes a Twi guide to help Twi-speakers complete the Census. This guide can be found here.

During the month of March, households received official Census Bureau mail with detailed information on how to respond to the 2020 Census online, by phone, or by mail. The online form can be found at http://2020census.gov and takes under 10 minutes to complete. The questionnaire can also be completed by phone by calling 844-330-2020, From May to August 14th, Census takers will interview homes that haven’t responded to the 2020 Census to help make sure everyone is counted.

The Ghana Diaspora Public Affairs Collective is a proud official partner of the U.S. Census. The organization will work with other community partners over the course of the year to improve awareness and education about the U.S. Census.

The Diaspora Progressive Movement in USA talks about ROPAA 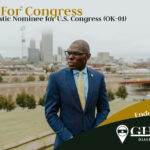