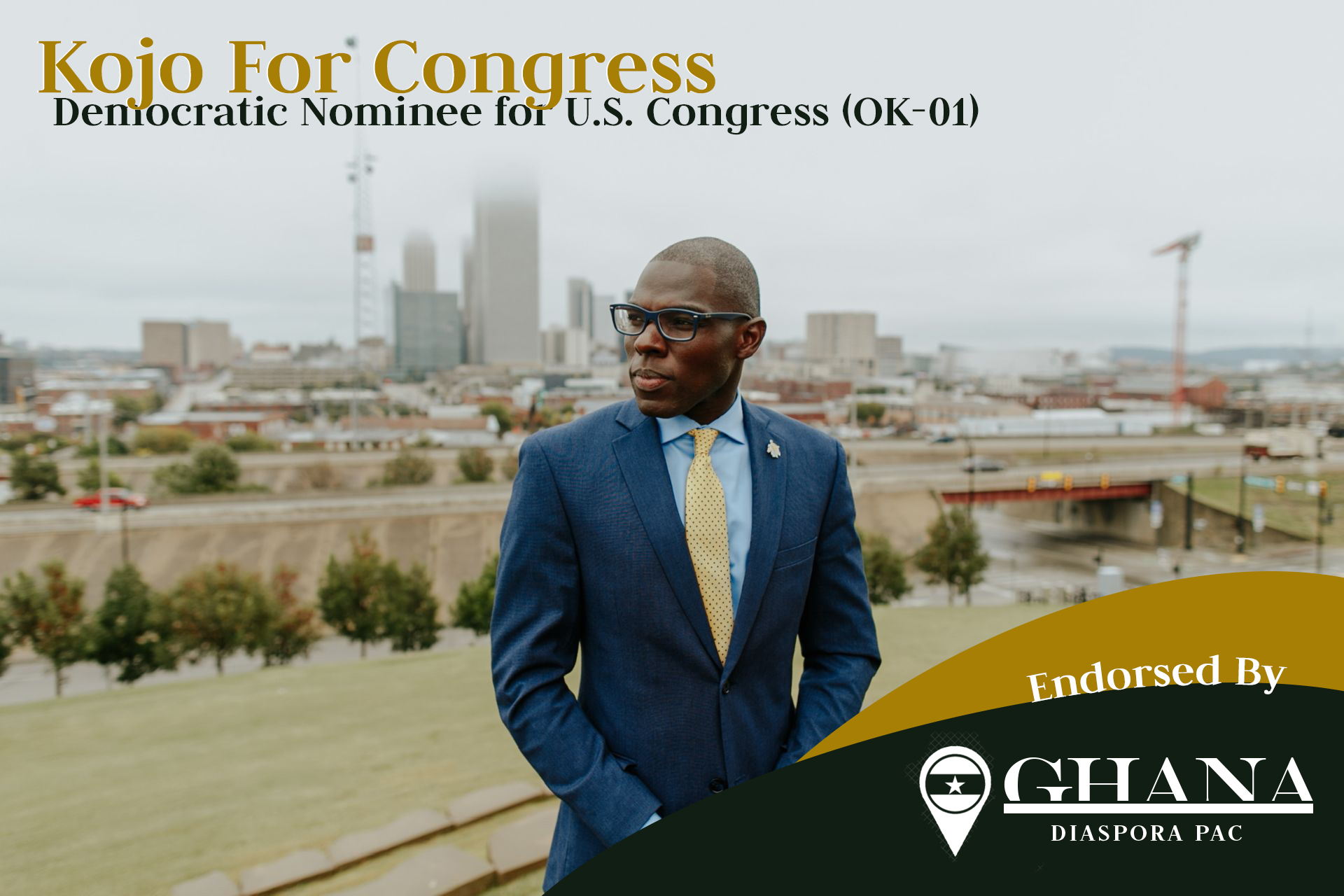 Asamoa-Caesar won over 60% of the vote from primary voters in Oklahoma Congressional District 1, including the Tulsa metropolitan area, after running on a platform of Bridging the Gap: Building on America’s Promise.  The goal of Ghana Diaspora Political Action Committee – U.S.A. under Ghana Diaspora PAC is to increase the number of Ghanaian Americans running for political office, support candidates that champion the interests of the Ghanaian American community and promote Ghanaian American participation in the political process.

Ghana Diaspora PAC USA released the following statement on the recent endorsement of Kojo for Congress campaign:  “We feel strongly that Kojo is a great representation of Ghanaian-Americans’ contribution to the foundation of America.  There is much enthusiasm for Kojo in Oklahoma and within the Ghanaian American community nationwide because he represents values we all aspire to. Educated in law and committed to service, we know that Kojo will fight for equity of opportunity embedded in the American promise. His story of being a first-generation American – the son of a certified nursing assistant and a taxi driver who were drawn to the United States from Ghana during the Reagan Administration – is one we relate strongly to and represents a growing population of Americans that weave a critical thread in this country’s tapestry. From the taxi driver to the lawyer to the essential workers on the frontline of the current pandemic, Ghanaian Americans are proud of our reputation of being hard workers who believe in the American Dream! Kojo will not only represent Oklahoma-01 well, he will be a critical voice in Washington.”

Asamoa-Caesar said of the endorsement: “As the son of immigrants who came to the United States from Ghana in search of a better life, I am excited and honored to be endorsed by Ghana Diaspora PAC. Ghanaian Americans are a vital part of the rich fabric of our nation, and deserve to see themselves represented in our national politics. I hope my success in becoming the first Ghanaian American nominee for U.S. Congress inspires more Ghanaian Americans to step up and run for office in their own communities.”

EC has submitted C.I. on ROPAA to Parliament – Bossman 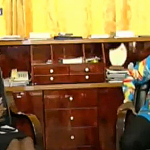