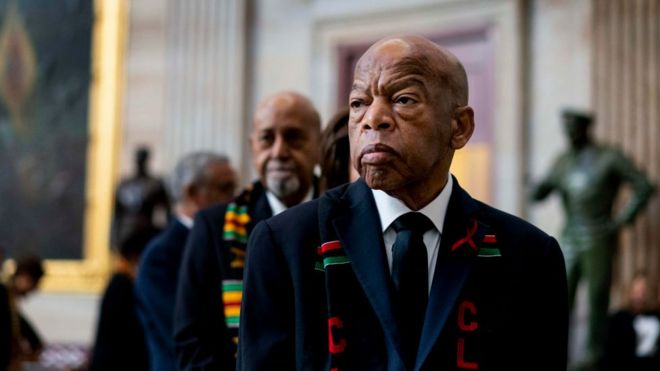 Washington, D.C. – On July 17th, 2020, the world lost a hero, a civil rights icon, and global leader. Congressman John Lewis was a patriot. He believed in the potential of America to correct its wrongs and be a better version of itself by providing equality, justice, and liberty for all. His life’s work includes fighting racism and injustice, from boycotts, sit-ins, and inciting other protests in the streets, to championing bold and progressive policies in Congress. Affectionately known as the “conscience of Congress” the late John Lewis was not afraid to challenge the status quo and call out intolerance and prejudice in policy making. Born of courage and moral resolution, what he demonstrated in the civil rights movement, has enabled him to influence important conversations across the political aisle and inspire others to join him in pursuing solutions to difficult problems on Capitol Hill.

In addition to being an American hero, Congressman John Lewis was a Pan-Africanist, in that he was very intentional about building connections and bridges with the people of Africa. The late civil rights leader took his 1st trip to Ghana in 1964 as a young man and most recently visited during the country’s widely celebrated, “Year of the Return” event in 2019. Accompanied by the U.S. Congressional delegation, his visit to historic sites like Elmina slave castles, “The Door of No Return”, Makola Market, Oguamanhen’s Emintsimadze Palace, and Kwame Nkrumah Memorial Park among other sites, allowed him to immerse himself in the culture again, engaging with native Ghanaians and building a relationship that would forever have him rooted in our hearts. This emotional visit inspired the Congressman’s quote in “bringing our world community together.” The late John Lewis has also been quoted as saying that both Dr. Martin Luther King and Ghana’s first President Kwame Nkrumah inspired him to get into “good trouble” with his activism. A phrase that has been widely coined by the Congressman’s willingness to morally fight for what is right, even in the face of the law.

To memorialize Congressman Lewis’s passing, Ghana’s President Nana Akufo Addo unveiled his name on the Sankofa Memorial Wall of Fame on Monday, July 27th ,2020 at the W.E.B. Dubois Center in Accra, Ghana. The iconic civil rights leader was a brother and ally to the country of Ghana and we mourn his death with the rest of the world.

For decades, Congressman Lewis not only gave all of himself, but inspired generations that followed to try to live up to his example. Today, a new generation of civil rights activist are now holding the baton passed to them by the late Congressman and are confronting opposition in the streets and at state Capitols across the country. He has shown us the courage that is needed to shift the direction of a country, and now we must carry on his name, his work, and legacy. 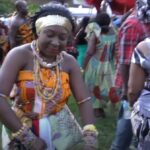